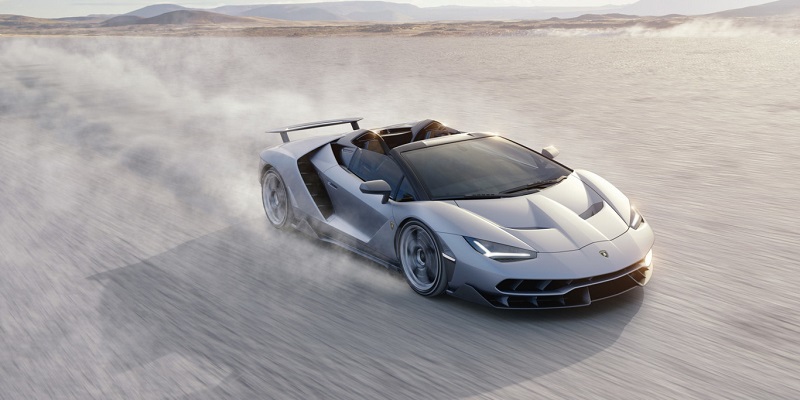 It is time to talk about the latter: the convertibles, which will cost2 million dollars, plus tax.It is not necessary to look athow you run the bank because they are all sold already.The strategy of creating exclusive series that began with the LamborghiniReventnand continued with theSesto Elemento, theAventador JandPoisonbears fruit, so that Sant’Agata Bolognese keep doing what is working them at prices few units scandal of a product that has its charm.

Designed by the Centro Stile Lamborghini, the Lamborghini Roadster Centenario is the result of a compromise between beauty and the need to obtain the best performance without sacrificing comfort.

It has carbon fiber chassis, and at the bottom of its body are also made of this material parts.All, with the aim of mass subtract pieces that have been placed in order to get a better aerodynamic performance.

The windshield is designed with the purpose of reducing turbulence in the cabin. At the rear is provided a retractable spoiler extends up to 150 mm and rotated 15 degrees, whose function is to increase downforce of roadster version.This logic presides over the defense, which has been designed air ducting as an absolute priority.

The silver tone,Argento Centenario, is unique to this model.To achieve its unique matte appearance, engineers have used a new treatment for raw metal that allows it tooffer a much more refined look.

As in the Lamborghini LP770-4 Centenario, the Roadster version usesmagneto-rheological suspension(variable suspension but not by electromagnetic action on the particles containing iron, suspension, fluid system) and dynamic addressLDS, inaddition to the gearboxISR.

As with the cover version, the Lamborghini Centenario Roadster to a availswide range of customizations for finishes, so it is possible that each of the 20 units are to bedelivered are practicallyone-offs, as far as It refers aesthetic details.

Among the materials highlighting the signing of Sant’Agata Bolognese are upholsteredAlcantara Terra di California, in light brown, leather andBianco Polarfor inserts, auctions and other details of the seats and dashboard.

In the most functional part it features atouch screen of 10.1 inches, with an infotainment system that, how could it be otherwise, allows internet access, use of email and social networks, also radio and streaming application for record of the supercar, telemetry, and even recording the reactions of the driver and passenger by a pair of cameras oriented cockpit.