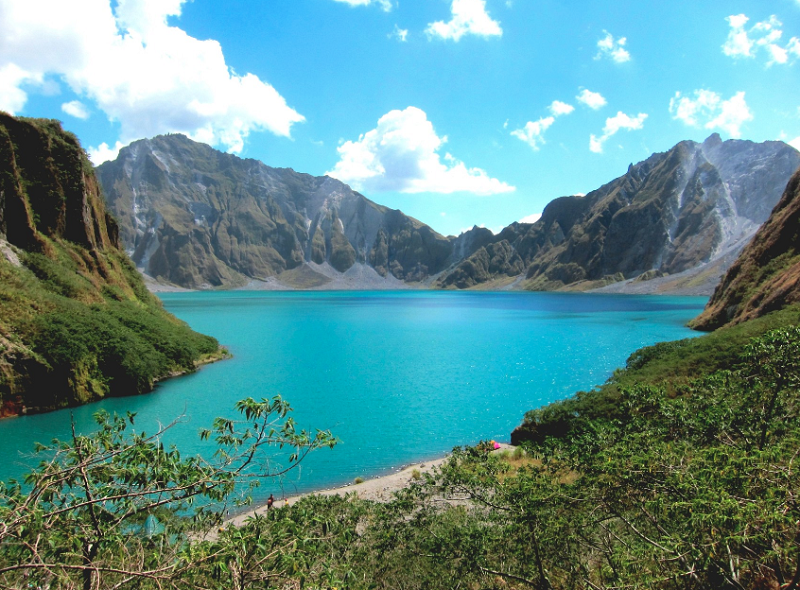 Written by Christopher on December 8, 2015

The Philippines, a volcanic country

The Philippines is a country in South East Asia composed of 7,107 islands. Is the last country that we find on the globe going from west to east before they open the very extensive Pacific Ocean? It is believed that most of the islands of the Philippines are born geologically eruptions occurred under the ocean floor. So it is no coincidence that the rocks are observed around the country is clearly of lava or limestone (then of marine origin).

In the Philippines there are 37 volcanoes, 18 of which are active, several of which have become tourist attractions, thanks to some interesting peculiarities. Therefore, apart from being able to enjoy white sandy beaches, a very transparent sea and the famous smile of local enthusiasts or just curious volcanoes can find bread for their teeth in the Philippines.

The first volcano of the most famous is the Mayon volcano. This volcano is located in the Bicol region, south of the capital Manila, and is a true icon “postcard” to the country, thanks to its near-perfect conical shape. It is the most active volcano in the Philippines and there are several of his last major eruptions in relatively recent years (1947, 1984 and 1993). Pictured is the background to the church of the village of Cagsawa, only building left after this small village was covered by lava in 1818.

Mount Mayon is especially picturesque since it stands for well 2462 meters in a quiet flat full of rice paddies and farm fields. While many simply to admire the scenery, then devoted to the sea and the famous local cuisine, some more adventurous traveler instead devote themselves to trekking going up the mountain, which is possible, however, only for a part of it.

The most famous volcano in the Philippines and is the Mount Pinatubo. Its most famous eruption is now the historic June 15 1991 near the US military base at Clark, came after several days of alerts that allowed the evacuation of the area before the effects coinvolgessero 60km surrounding. Until then, the volcano was generally considered extinct, giving no particular signs of life: the top was in fact already covered by forests where local tribes lived since the time of Spanish colonization (of these populations have recently returned in the area). What you find today is a spectacular landscape that can be explored by trekking and climbing to the crater, which today has become a navigable lake.

Another particularly famous volcano much less flashy but no less noteworthy. We speak of the small (but very active) Taal Volcano, located in Taal Lake in Batangas (not far from Manila). Taal Lake is the largest lake located on an island, situated in a lake on an island. As? Read slowly and we will come! If you find it difficult, this can give you a hand to understand the singular conformation of this volcano-island-lake. Taal volcano can be visited directly with a day trip from Manila, with a little of time available for sightseeing in this very refreshing, which is ideal for the inhabitants of the capital of the Philippines for a short, break in weekend. Just to mention another curiosity, many Filipinos have noticed a few years ago that the Taal volcano is finished.

This rocky structure of the Philippines, volcanic and calcareous, makes the land fertile and rich in water and raw materials. Several of the many volcanoes now are considered sacred by the locals, which is understandable if we think of the extraordinary nature of the events created and their influence on life and the environment in their surroundings. Another effect of all these volcanoes is creating wonderful natural spas, usually very appreciated by travelers, where they can rest during an adventurous journey. In the picture below the natural springs of Camiguin, which is in fact an island with only 5 villages and well 7 volcanoes?

If you like the atmosphere created by volcanoes, trekking and adventure travel, the Philippines is the place for you. The nice thing is that if you are instead more to relax in hot springs of hot water and quiet boat trips between beaches, lava rocks and blue sea, the Philippines is still the place for you! And if you like both scenarios, well, you already know the answer!