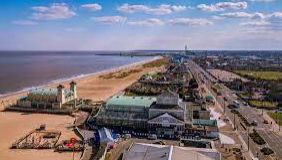 A finer seaside town is difficult to find than Great Yarmouth. From the Victorian era onwards it has been one of the mainstays of the great British seaside holiday. Originally a fishing village it became rich from the interest in Victorian times for the taking of the sea air. The introduction of a rail link across the Norfolk Broads brought people from London and more money. This was combined with a seemingly endless supply of Herring out in the North Sea. You can still see the scenes of Yarmouths Victorian greatness and more Local things to do in Great Yarmouth can be found at https://www.localthingstodo.co.uk/locations/things-to-do-in-great-yarmouth/. Here are a few things to get your teeth into before you start. 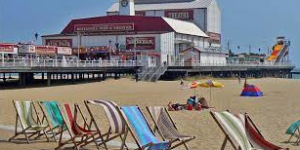 The piers are a massive draw even to this day. The pier was an invention of the Victorians. They believed that taking in the sea air was beneficial to the soul and the body, they also thought it was a cure and gave relief for lung conditions like asthma and tuberculosis. Building piers out into the middle of the bay, using reinforced iron and wooden blanks for a walkway, the pier was the place to promenade and breathe deeply. Yarmouth has two piers, the Wellington and the Britannia. Wellington predates the latter being built in 1854 and the Britannia followed some eight years later. They are still huge crowd pleasers and feature theatres and amusement arcades, well beyond what the Victorians envisaged.

Another great place to visit is the Time and Tide Museum. This shows the history of the town and all the many ups and downs it has experienced over the years. Apart from the visitors and tourist trade the town had a flourishing herring fishing industry. Huge amounts of herring were caught on a seasonal basis and it attracted many workers to the town including the infamous “Scotch (sic) Girls” who came down from Scotland following the seasonal migrating habits of the herring. Overfishing, by other countries and towns on the coast as well as the Yarmouth fleet, led to the fish almost being taken to extinction. The museum features a recreation of a street in the town during the boom time of the 1950s and a look at the effects of the tourism and how the town grew following its status as a seaside town.