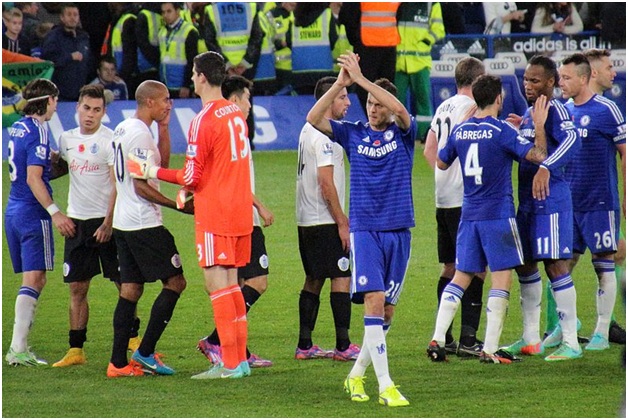 Written by Christopher on December 8, 2015

Burton Albion FC has reportedly given the green light to QPR to open initial talks with former Chelsea striker Jimmy Floyd Hasselbaink about taking on the position of Head Coach at the club.

Neil Warnock, the club’s one-time manager who returned to the club as a first team adviser earlier in the season, has been holding the reins at QPR on a strictly temporary basis following the departure of Chris Ramsey. Ramsey was sacked not long after QPR kicked off their first season in the Championship after being relegated.

Sources report that they are keen to appoint a permanent Head Coach as soon as possible and Jimmy Floyd Hasselbaink appears to be the current frontrunner. He has inspired some impressive performances, possibly with the assistance of soccer drill videos, since he took charge at Burton in November 2014. However, he has been uncharacteristically unforthcoming when asked to comment on the current rumours and played down speculation that Burton’s recent (successful) fixture against Millwall could have been his last game in charge of the team.

While it is certainly not yet rubber stamped, it does seems that the thorny issue of potential compensation for the Brewers won’t be enough to hinder the deal.

Jimmy Floyd Hasselbaink had a long and successful career as an international forward for the Netherlands, and on a team level represented Chelsea, Middlesborough and Leeds among others.

Since then he has made an auspicious start to his career as a manager, taking the helm at the Belgium side Royal Antwerp before heading up the team at Burton and masterminding their promotion from League 2. The Brewers certainly have hit the ground running in League 1 and are presently ensconced safely near the top of the table.

By contrast, QPR are currently sitting in 12th place in the Championship, having finally won at home against Leeds after a protracted series of defeats. They will be looking to build on this success going forward and may seek to utilise additional training aids such as soccer drill videos like those available from http://www.sportplan.net/ and others.

It has been widely reported by multiple sources that Fulham FC have also expressed an interest in talking to Hasselbaink, but QPR appear to have beaten them to it.