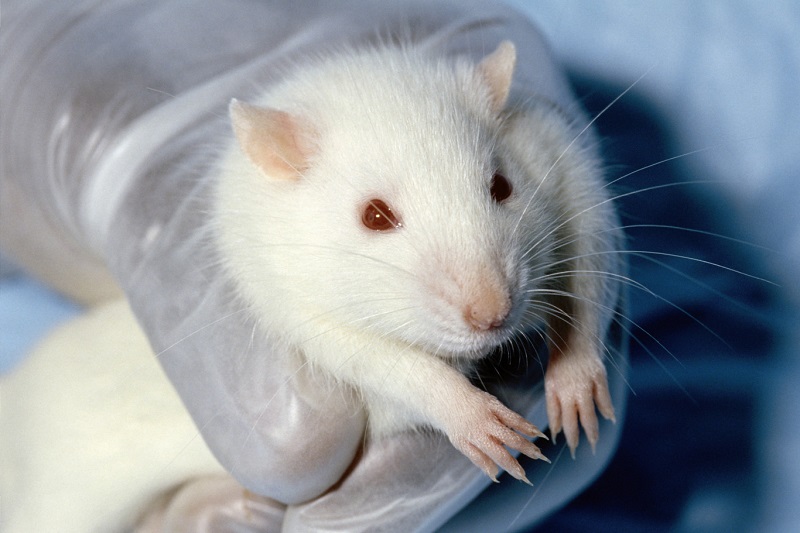 Written by Christopher on September 27, 2016

This week marked 129 years since the birth of Erwin Schrdinger. An Austrian physicist who developed very important ideas, for quantum physics and thermodynamics, but will be remembered for his cat. Not for his cat; that is, not for your pet. If not for a famous thought experiment, with which we explain since 1935 some of the most counterintuitive ideas of quantum mechanics.

Schrdinger’s cat has not been the only animal (real or imaginary) that has helped us better understand the reality around us. In contrast, non -animal science today would not, even remotely, what it is. And never bad to remember.

As already mentioned, Schrdinger’s cat never existed. So no animals were harmed for the development of this experiment (mental). And thank goodness, because we have to catch a cat and put it in a box along with a poisonous gas (in the version of Schrdinger) or unstable gunpowder (in the version of Einstein) having a 50% chance of ending life cat. That is, if we repeated the experiment many times, half of them would be alive cat and the other half would be dead. In addition, most probably rightly, we would have us do with animal protection.

More seriously, the experiment illustrates an idea of quantum physics: that, before looking at what has happened in the box, the cat is both alive and dead. It is our observation of the result of the experiment which compels nature to “collapse” in one way or another. So, yes, curiosity killed the cat; but ours. That in the Copenhagen interpretation but there are other interpretations that talk of parallel universes or relational systems. All very complex but inevitably cuqui; because the physical, does not remove the catlike.

If cats have been instrumental in the development of physics, the dogs were in psychology. Pavlov was a Russian physiologist who noticed that dogs with investigating how it worked digestion began to salivate nothing but watch the food. Pavlov received the Nobel in 1904 for his ideas on the digestive process, butis known to have discovered the classical conditioning: the ability of living things to respond to a neutral stimulus (e.g. a bell.) as if it were actually a different stimulus (e.g. food.).

Although it may pacer chance, something must have dogs for making us wonder conditioning repeatedly. As we told Helena Matute, there is a letter from Descartes 1630 raising an experiment like Pavlovian dogs precisely!

Anyway, today we do not talk of possible discoverers of conditioning, but the real stars: the dogs. Fortunately, all records are kept and, although they have been more than 100 years, is curious to realize that dogs that changed psychology were strays. They had no pedigree, or lack that made them.

Edward Jenner was a doctor throughout his life (entered at fourteen to work with a surgeon Gloucestershire). And against what they say, was not the ‘inventor’ of vaccines. Yes was the one who developed the first major viable procedure for immunization and relatively safe.

We no longer remember, but smallpox was something terrible. One of the most deadly diseases in history , was the scourge of empires, civilizations and entire nations. Thucydides already realized in 340 BC that the surviving smallpox not collapse again. But the mortality of the virus made it too dangerous “play with it”. If we get away with smallpox, it was by sheer luck. Well, good luck and cows.

Jenner noticed that milk that contracted the ‘cowpox’ became immune to smallpox. The key was in the cows! The coil smallpox looked so human that Voil! We had vaccine. Using pus from the pustules of the coil variant, Jenner Testo his idea in the child eight years of his gardener.

Ah, two things: First, although many people came to fear that cattle appendages and features may appear in the body of the vaccinated, none of that happened. It was a success and thank goodness, because otherwise the digestions had been muuuuuuuucho longer. And second, this section must also remember the horses because the final eradication of smallpox was based on the use of the vaccine virus (originally isolated from horses).

You may also like to read another article on xWorld: We have broken the record ten times for the warmest year

“What it is genetics? You say while nailed my pupil your white pupil. What is … Wait a minute, you should have the red pupil”. Something must have been the moment when Thomas H. Morgan discovered that a fly of the fruit must have red eyes had them white as milk.

That time, we have said on other occasions, he opened the door to one of the greatest revolutions of biology: the integration between genetics and the theory of evolution. A synthesis that has allowed doctors and scientists so incredible that even if any imagined could progress.

Thanks to Morgan and his work, Drosophila melanogaster became one of the reference animals for scientific research. In fact, it is one of the most studied species observed and used history. Drosfilo call me, but I am convinced that the fruit fly Nobel deserves its own merits.

Or as we know it all, Dolly the sheep. We spoke recently of her to celebrate her twentieth birthday. Dolly was the first cloned animal great, but above all was the debut of genetics and its potential.

Today we have many ways to edit the genome and, indeed, Dolly was not both (technically speaking). But he managed to open a debate which at the time was extremely controversial and it is essential today.

They say it was in 1835, looking at a handful of finches of the Galapagos Islands, when the very young Charles Darwin was one of the never thought most dangerous ideas. The theory of evolution really is not exactly true, but what the hell, not you we remove the spotlight from the finches.

Darwin collected many animals, rocks and plants on the trip and presented in January 1837 at the Geological Society of London. It was John Gould who realized that they were no different families as initially thought, but twelve distinct but closely related species. Darwin’s finches are the example you put in all textbooks to explain the mechanism of natural selection. And that guarantees them a place in this list.

As a lifetime Oscars, mice are here for their overall contribution to human knowledge. I could not choose one of his speeches: since the fourteenth century when William Harvey’s used to study blood circulation have become one of the quintessential animal models.

In recent years the debate on the relevance of the use of animals in scientific research has grown (and has intensified) long. The scientific community seeks to find a balance between mass experimentation, disrespectful and cruel on the one hand, and the impossibility of doing without animal research, on the other. A balance that every day is closer and whose quest reminds us of the fundamental role of animals in our knowledge of nature.