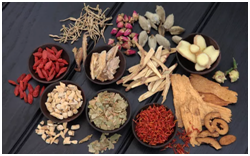 While it may seem that we are starting to get all of the medical answers in the modern world; there is a still a call for ancient remedies to compliment the new drugs. One of the oldest forms of herbal medicine belongs to the country of China. This has proved to be a popular choice with many people in western society, even giving rise to a series of Chinese medicine shops that seem to surface in shopping centres and also a massive online presence. Its not only humans that have a use for herbal remedies. It is said that a horse, suffering from the horrible condition Sweet Itch, can benefit for a more natural choice. Try https://www.stinky-stuff.co.uk/sweet-itch/ for information on that, here we shall look at Chinese medicine.

As the name suggests the medicine is based on herbal remedies. There is no synthetic created product these are cures and relievers that have been handed down from generation to generation being finely toned and updated by a succession of Chinese doctors. It is this systematic and strongly based clinical approached that has had a major influence on the medical practices of not only the surrounding countrys but also as far as the western world.

Similar in some theoretical aspects, but definitely not the practice (bloodletting for example), to the Greek idea of the 4 humours advanced by Hippocrates, the belief of Chinese Herbal medicine is that the body needs to find balance. Its practice is implemented through the use of medicinal herbs. It focuses on the theory of Ying and Yang. For the body to be well it must have balance between the Ying and Yang. If one of these is more dominate than the other, then illness will begin to occur. This imbalance affects the Qi, and should this be disturbed then a sense of vitality and your life force becomes out of sequence with your body manifesting itself as illness. 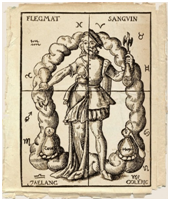 How then do we maintain that balance and not become ill? It is here that we can learn a lesson from the Chinese way of doing things. There is a much greater emphasis on preventing illness before it happens. Here the remedies are used to help with ones lifestyle rather than wait for an unexpected problem to suddenly arise. In this day and age of the NHS facing increasing pressure and our GPs at breaking point this ancient practice may be worth a revisit.

As this medicine is based purely on the use of herbs it is non-invasive and is currently being used for the treatment of some of the modern issues that modern remedies have struggled to help with. Such things as gynaecological problems linked to infertility and per-menstrual care for example. It is also being used to look at those suffering from chronic fatigue syndrome plus stomach and gastric issues such as colitis and gastroenteritis.