Was a Prime Minister responsible for the Aran sweater?

Arthur Balfour is well known for one thing, He made the Balfour declaration during World War one that stated that the British Government was keen on establishing a Jewish state, Israel, in Palestine. No one had prepped the Palestinians about this and the current issues that we see there now could be drawn, in part to this. However, before his high office Balfour was also responsible for the Congested District Board of Ireland. This was an attempt to fund the west coast of the country with money, initiatives for trade and public works. In this way he also created a fashion icon piece that is still popular today. Even Taylor Swift wears them. 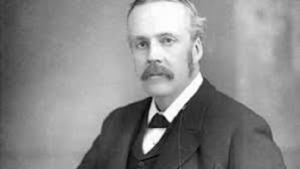 Womens Aran Sweaters and Mens Aran sweaters come as a direct result of Balfour and his board. He requests that the people of Guernsey teach the people of Aran the skill of a wollen water resistant jumper that was easy to make. The Aran islanders loved the idea and ran with it making it their very own working in cable stitching that looked like Celtic knot design and creating a mythos around it that it was based on an ancient design, they didn’t do this deliberately.

Balfour hoped that this would strengthen trade and links between the peoples of the United Kingdom. What he didn’t realise is that he would inadvertently create a design classic that would become a global phenomenon and be seen as an essential part of Irish culture. It still brings in revenue to the country and the islands so well done Arthur on that one. You can celebrate his and the islanders success by buying one from Shamrock Gift