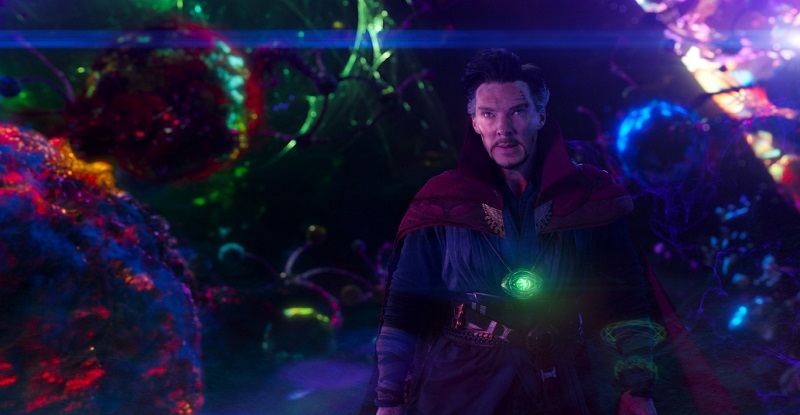 The visual effects of ‘Doctor Strange’ also have their “magic”

One of the strengths of ‘Doctor Strange’ is the graphical section and visual effects. Already discussed when we saw the film, but we wanted to delve into it to know what the “magic” behind what we see on screen.

Spoiler: There was much chroma and used six Lamborghinis for Stephen accident sequence.

Many dimensions, many soundstages

The introduction of the Marvel multiverse occurs in ‘Doctor Strange’ through the different dimensions (astral, mirror and dark) you will know our egocentric protagonist. The characters are jumping from one to another with enough agility through different portals and spells and all without breaking the rhythm and visual effects that maintain the aesthetic coherence of the film.

‘Doctor Strange’ was filmed in cities like London, New York, Hong Kong and Kathmandu (Nepal), but also had to build 21 physical sets to give more realism to images.

In the words of Charles Wood, production designer for the film:

Many of the spaces that we build are quite graphic. As the film is based on a comic book, we wanted to be strong images and graphics, colorful but not very rich, to serve as an introduction to those magical spaces visiting the Doctor Strange. It is a very interesting film because when you walk into a sound stage do not know exactly what you’ll find.

And what is the problem of recreating dimensions that do not exist? Indeed, they do not exist and whose only inspiration is the art of Steve Ditko we see in the comics. Here the art department of the film had a titanic work: a team of nearly 50 people took to create 800 drawings, 300 conceptual drawings and models for 40 different sets.

Another challenge the art department was the Sanctum Sanctorum, which plays an important role in comics and, perhaps for that reason, it was a set that took 10 months to design:

However, one of the most impressive sets was the street of Hong Kong in the final part of the film takes place. It was built outdoors on a service road of Longcross Studios in London and had … 173 meters! The set included 35 establishments including restaurants, food stalls, a dry cleaner, an auto repair shop, watches shop, a butcher, an herbalist, warehouses, a stationery or a printing press.

The first minutes of the film serve to introduce the character, his narcissism and self-centeredness and the beginning of the end of their “normal” life. And here the car accident is the trigger runs emerging Doctor Strange.

They took six Lamborghini for the accident sequence

You may also like to read another article on xWorld: Suicide Squad, fun supervillains and soul

In the different sequences of the film we see how magical arches that carry from one dimension to another, an astral punch, many explosions, magical weapons and spectacular landscapes emerge. How did all this really?

It is used as a reference point a physical site illuminated by passing the characters (and cameras), but then ends up having this aspect thanks to the post-production and there are even tutorials on YouTube to get this effect in After Effects.

To end the ignorance of Stephen, The Crone conducive him a punch that transports you to the astral dimension. This effect without post would look like this and with the “magic” of applied post production, the result is there are also tutorials on YouTube to get this effect.

Using the same magic invocation portals, Stephen and the rest of wizards different types of weapons are created to fight enemies. On the set, these weapons were physical and backlit. Then they “decorated” in post production to achieve this result.

In the film there are a few explosions. Also post? Sure, but that does not mean that there were no explosions of truth (slimmed down, of course) on the set. For the final sequence in Hong Kong were used 350 tons of debris

Curiously, the scenes that are at the end on the streets of Hong Kong, where there are many explosions, make up one of the sequences most difficult action to perform for Marvel and had to shoot in various stages of “destruction”. They started rolling with the street clean and then they were gradually destroying. In the film we see upside down, everything goes from being destroyed to be intact. In any case, to create that sense of chaos, 350 tons of rubble were used. 350 Tons!

From the Everest through Kathmandu, New York or the desert, ‘Doctor Strange’ shows very spectacular landscapes and environments. We have already commented that physical film sets and real scenarios of the cities themselves were used, but there is also much of what we see never existed and that was added later with software.

As we see, in this case the magic of ‘Doctor Strange’ does have an explanation, not as the mystique of the story itself.