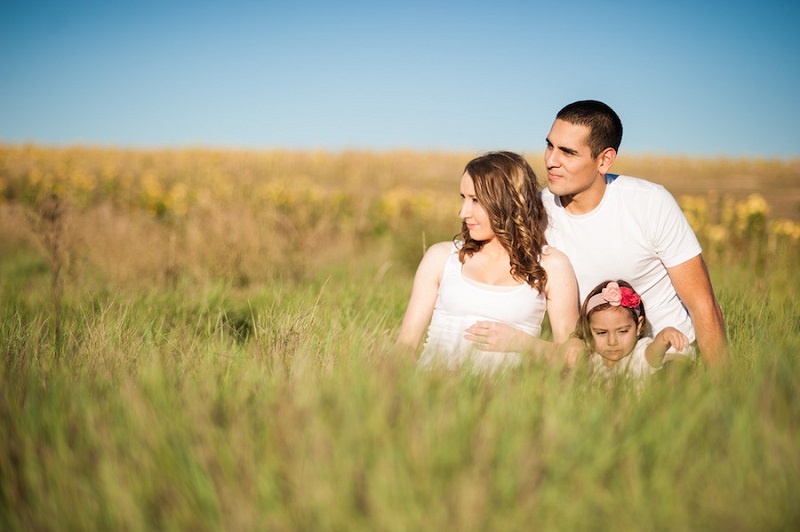 Written by Christopher on October 7, 2016

Is it better to have a child and then get married?

Scarlett Johansson, Mila Kunis, … having children before marriage is not just a fad among celebrities: up to 43% of children are born outside marriage in our country, according to the latest OECD data. Up to 277% more than children born in 1995.

Some are clear: it takes courage to sign a paper in front of an official who legally formalize your relationship, but nothing compared to the commitment required to raise a child together, when you have to decide who is the brave rises to four am to diapering or who clean the remains of mashed around the room (which has confused your little room with a paint-ball).

In addition, no longer we face rejection or public ridicule. For example, a study of 2010 by the Pew Research Center in the United States concluded that for eighty percent of the population a couple with children is a family, whether you are married or not (and up 63% thought the same about gay and lesbian couples with children).

And another study by the British Social Attitudes concluded that a large majority of society (up to two thirds) sees no difference between living and being married couple.

In short: less prejudice and more freedom and flexibility to adapt to individual expectations of each other are some of the reasons why many couples take to the paternity without papers involved. But there are other reasons why also think it is better to have a first child and marry later.

1) It helps them to assess whether the relationship is solid

You are not risking anything in the marriage union because you know that the relationship works and that there is a mechanical, a routine and a future project together. Many couples take this decision later because they seek to consolidate something that is absolutely secure. They have the benefit that they know what they want and how they want it.

When asked whether to marry after having a child is less risky than before our collaborator, psychologist Ana Cantarero, says that today “of course, live for a while before legally formalize the relationship or parenting during those years (assuming and overcoming the change that parenthood means for the couple) can serve experience (no guarantee) to assess whether the relationship is solid and has future prospects.”

But he also makes it clear that “marriage should not be risk regardless of whether you are a parent or pretend to be ever. Getting married should be a decision made and designed by the couple and because both members really want or need to formalize their emotional romantic “commitment

2) They are freer when making the decision

Since there is no such social pressure to marry if there are children involved and the disappearance of that obligation or feel they have to do for the sake of children, couples make the decision freely and with more enthusiasm. It is because you want and when you want, with full freedom.

Having a child is not a reason to marry nor is a compelling reason today to do so. Ana Cantarero “the three ingredients are important to make the relationship work and be afather and mother should not replace the love you feel for your partner / a. And I understand also love companionship, sex, complicity, understanding …”

It is clear that maternity / paternity occupies an elevated position in the diagram forming a relationship, “especially when children are young,” says our partner, but not a reason to sign a legal document.

You may also like to read another article on xWorld: How to keep a family together?

3) They can share with your children an important family time

For many couples, getting married after having children also means involve their children in the relationship, involving them and protagonists of their love story.However, a wedding no longer has the same meaning as for years, is no longer a passport to adult life or something definitive. It is considered as a synonym for more than a long – term commitment party.

Be present at the wedding of parents to our collaborator Ana Cantarero is always positive, “but beware: if their parents are married before the birth or have not married either would be negative for the emotional stability of the child.”

Help children be present at that time? “Share with our children happy times family and couple helps them feel safe and integrated into the family nest and is also a step for adults seeking happiness that have experienced children. But I do not only talk about attending the wedding of their parents, it is also important that they participate in other major events such as the arrival of a sibling, the search for a new home or go out to celebrate the new job Mom or Dad”, says our partner.

But many couples decide to get married for the sake of their children. To give you a backup when faced with uncomfortable questions, still present in certain social circles.

But watch out, have a child before marriage nor is the final link

According to a study conducted by Stephen McKay University of Lincoln (UK) by Stephen McKay and Harry Benson, of the Marriage Foundation, a son before going through the registration have increased the likelihood that the marriage will end in divorce to 70%.

The research data found that only 24% of couples who waited to get married to have a child separated compared to 56% who had a baby first and then married.

The conclusion reached is that both researchers make a home requires a real commitment in the couple, but having a child should not be the reason to maintain the relationship.

The question we cannot avoid it if the marriage produces stability itself. According to McKay it is difficult to answer this question because on one hand, a wedding is a public statement to our family and friends of commitment and, therefore, when there are problems in the relationship there is also more support from those around us. In addition, according to this researcher, when the children arrive before the wedding, the couple is more focused on their role as parents and less in the role of partner, which can eventually be a drag on the relationship.

“For a relationship to work you must be a commitment based binding happiness, love, understanding, stability and all those variables that gives you your life partner, regardless of whether they have children or not or if you’ve gone through the Altar / trial or not.” says Ana Cantarero us.

“And besides, maintaining that relationship is a collaborative work by both members and continuous. Parenting can and often strengthen that bond, provided that the links are solid partners have strategies to overcome all these changes involve new responsibilities,” she adds.

In his opinion, if the foundation is not stable relationship could stagger the arrival of children, in the same way that if a couple is held together by the bond that unites their children are likely to when they fly the nest suffer a major crisis. “An example would be some divorce cases at an advanced age when their children become independent or after retirement.”

Finally, a marriage involves a contract, something much more difficult to break or change a relationship without official papers. Paperless live is becoming a preferred option among couples, but also easier to break.