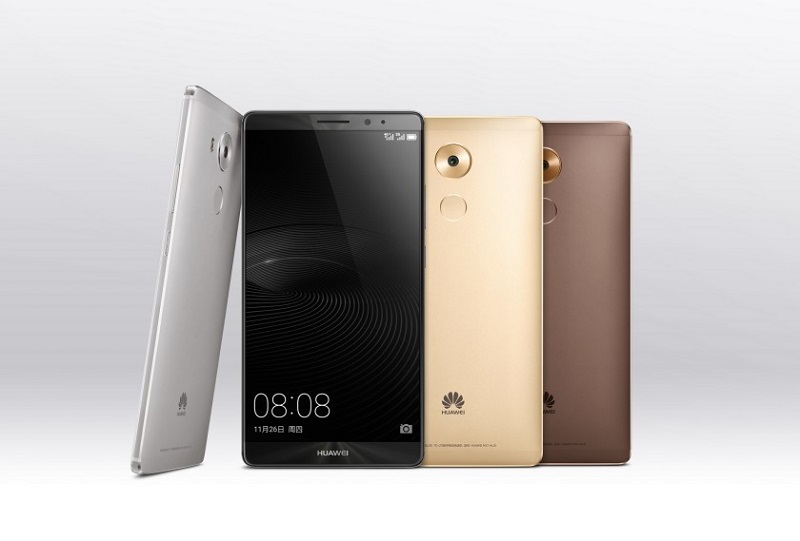 It is not an either renewal, the company wants to continue to grow above market at the high end, and to annoy there must have very capable solutions with designs that rub excellence. The brain makes it the Huawei itself, premiering in August Mate your new hardware for mobile devices, the Kirin 950.

The previous model, the Mate 7 has sold over five million units

Huawei remains committed to creating a big phone with a screen 6 inches and full HD resolution. The Chinese company boasts display parameters, as representing 95% of the NTSC gamut, or the introduction of rounded edges at their ends, better known as 2.5D.

The Chinese company is among the few that can feel happy about the latest results of sales, has grown closer to Apple and Samsung, leaving field by other companies known in his country, and China took Xiaomi the throne (until Redmi Note 3 does not turn the tables).

It is the most important addition in this generation, Kirin 950 is a hardware developed in house Huawei has to compete with the most important thing on the market, or at least, keep the phone at a level not worry any discerning buyer.

The newly developed HISILICON promises efficiency and power, thanks to manufacturing technology – 16nm FinFET – and the eight nuclei that give life (4 x Cortex-A72 and Cortex-A53 4 x).

On the graphics processing unit say it is a ARM Mali T880MP4 operating at 900MHz. It is the most prominent feature, and possibly the reason why Huawei decide to stay in full HD resolution. It will manage well to fight telephones 2015, but is clearly inferior to what we will find a Snapdragon 820 or Samsung Exynos 8890.

The new chipset will be good friend 4.000mAh battery, which according to Huawei, improved by 30% in July Mate autonomy. I think that have chosen to improve energy efficiency, rather than create a potential portent.

We cannot forget to mention that this is a phone with connectivity LTE Cat 6, and within the Kirin 950 is a coprocessor that manages sensors, has been named i5.

We finished with the memory configuration, which can be in two ways. Or a version with 3GB of RAM and 32GB of storage, or superior to 4GB and 64/128GB. Whoever has a tray extend Dual SIM in one of the spaces it as microSD slot?

Common among Chinese quality phones, cameras Sony put them. The selected module is a IMX298 of 16 megapixels, with all the technology we can ask at this point in the film, as the focus for phase detection.

To say that the sensor size is 1 / 2.8 inches, which gives us a pixel size of 1.12 microns or photodiodes? The associated lens has a maximum aperture of f / 2.0, and has stabilization.

Huawei has sought to place itself in the new Kirin circuitry to manage the camera, but unfortunately still unable to 4K. In the front we have a 8 megapixel sensor, the same as we are in the Huawei Mate S.

What changes regarding Mate 7?

Both phones are aluminum, consistent, and large batteries. Share innovations such as the fingerprint sensor, and generally there are more similarities than differences. Some notable changes:

As can be seen in the images, the fingerprint sensor is there – on camera – and according Huawei has been improved in speed and recognition. The general phone lines have been rounded to its size does not scare both hands.

In the absence of seeing in person or real images, striking the small frame presents. The main difference in the design of the elements is that become circular, square in Mate were 7 and S.

On appearance in the global market, we have little idea right now; know that in China as expected in January, and that most likely we will have all the details at CES that occurs earlier in the year. It will come with Android 6.0 Marshmallow.