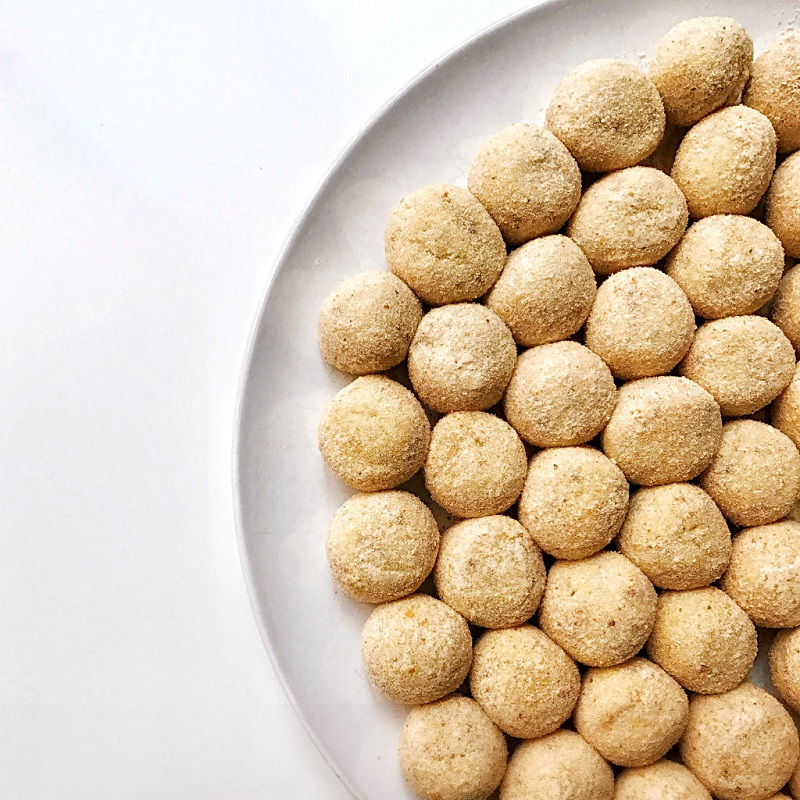 Written by Christopher on October 4, 2017

Wrap croquettes at zero comaor, what is the same, having 38 croquettes ready to fry in ten minutes is possible if you use the technique I learned in the kitchens of the Hotel Wellington where, until recently, I worked for a while.A technique that makes a tedious task turn into a field trip.

My passing through a professional kitchen has marked a before and after in my kitchen and, to the delight and joy of my children – lovers and swallows in all their forms – has encouraged me to prepare croquettes more often.When itonly takes ten minutes to wrap croquettes for four peoplethings look different, do not you think? 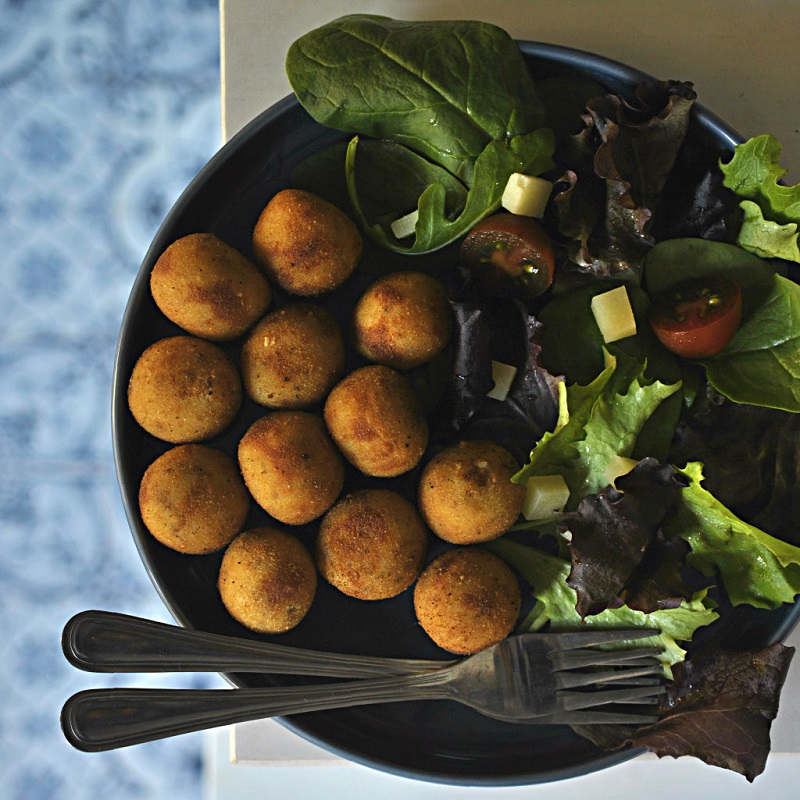 I remember the waymy mother taught me how to wrap croquettesand how long it took to do it.He always asked for help because between two the work became more bearable.I used two spoons to shape the croquettes, I passed them by beaten egg with the help of a fork to turn and cover well on all sides.Then he drained and beaten them, molding them at the same time.

For years I used thetechnique of two spoonsand repeated the scene with my children, whom I asked for help to expedite the process.Until I entered the school of hospitality, where I was taught to speed up the work, and, especially, until I worked in a professional kitchen and discoveredhow to wrap croquettes in zero coma.Let’s see how it is done. 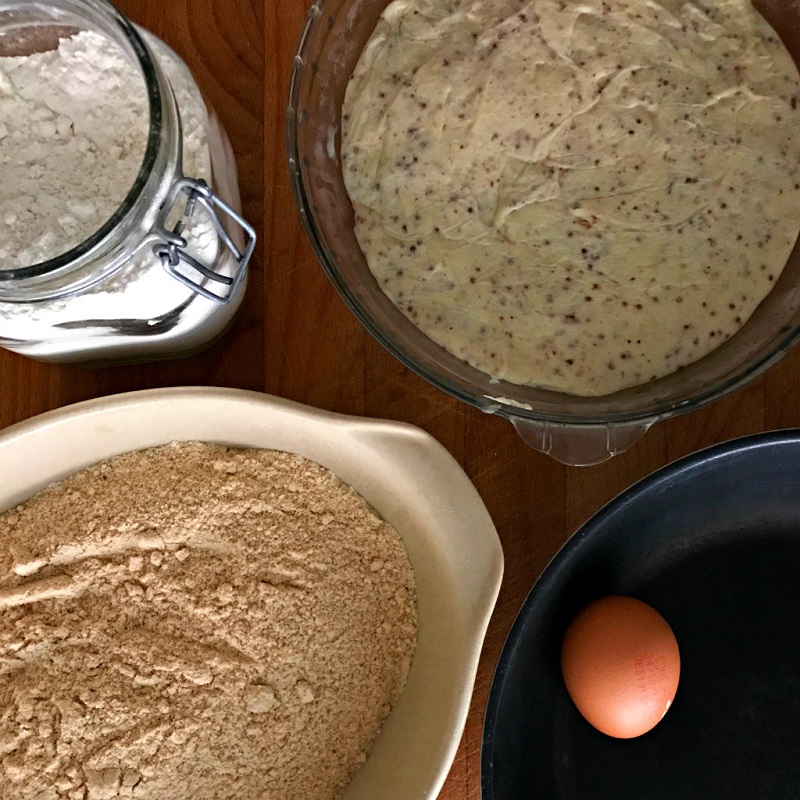 We start from a mass of croquettes ready.Preferably prepared the previous day so that, with the rest in the refrigerator, take body and consistency.This helps a lot when it comes to manipulating and speeding up the task.For this processI used half a liter of milk and obtained 38 croquettes.If you make more dough you will have to keep in mind that the time to wrap the resulting croquettes will also be greater.

We begin by thoroughly cleaning the work surface and preparing the necessary utensils and ingredients.Fill a large deep dish with a good amount of breadcrumbs, beat an egg, remove the dough from the refrigerator, prepare a frying pan and the flour andready to start wrapping our croquettes!

You may also like to read: What is eggnog or egg punch? The tradition of an ideal drink for the winter

Step 1- Divide the dough into portions 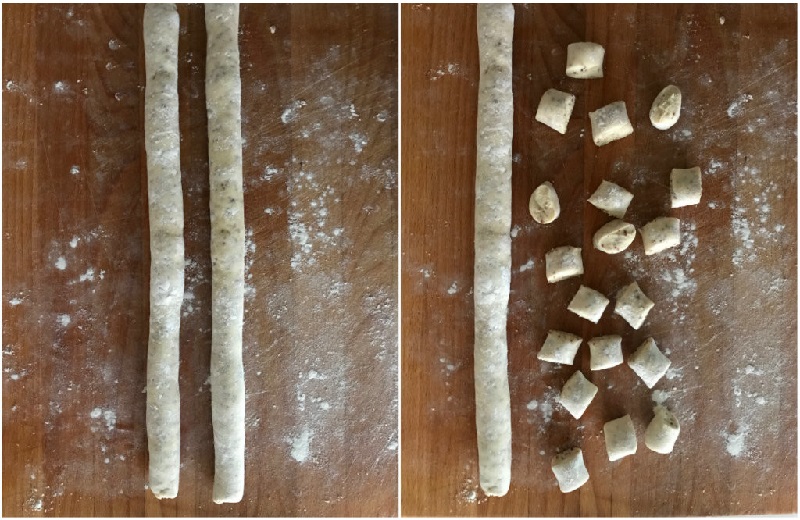 Sprinkle with flour the work surface, without fear and with generosity.Divided the dough into two equal parts and with the hands untilforming two thin and elongated cylinders.With a sharp knife, cut into small portions of equal size.

Sprinkle dough portions with more flour.We take two of them and, placing a hand on each, we bow softly so as not to spur them while makingcircular movements from outside to inside.When working on the floured surface, the dough does not stick and the task is done very fast.

Once all the pieces have been rounded we pass them by egg.For this we use a frying pan (mine is an old and very light that I keep exclusively for this task) in which we poura couple of tablespoons of beaten egg and spreadthroughout the surface.Add half the croquettes and saut gently until they are covered with egg all over the surface.

We pass the croquettes to the source with breadcrumbs, avoiding that they come in contact and sticking together.Introducethe separate fingers under the croquettes and stir, allowing them to be dipped in the movement.Once well covered with breadcrumbs, we removed them in the same way, using our hands with our fingers half open (to allow excess breadcrumbs to fall back into the source) and passed them to a clean plate.

Once this is done, we have to repeat steps three and four again to finish wrapping the remaining croquettes and have themready to fry and enjoyas we like.