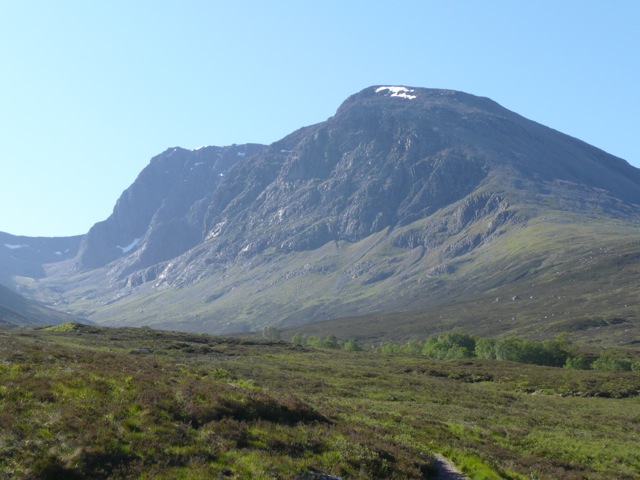 Hiking to climb Ben Nevis, the highest mountain in the UK

Ben Nevis Beinn Nibheis, is the highest mountain in the UK. Although only it reaches 1344 meters, and is therefore far from the height of our mountains, this mountain located in Scotland. However, do hiking to climb to its summit is a challenge not as easy as it seems.

Ben Nevis, and The Ben, just as the Scots call is in the Grampians, northwest of Scotland in the calls Highlands or Highlands. The nearest town is Fort William, the ideal place from which to begin the path to the mountaintop.
On the way: the Pony Track

The path most used nearly hundred thousand visitors a year who climb this mountain leaves from the Valley, known as Glen Nevis, on the west side of Ben Nevis. Ben is mountain in Gaelic, and Glen Valley. The river is also called Nevis. The trail is called the Pony Track, and mountaineers disparagingly call the “Highway”. It is a path well prepared and easy for all visitors to reach the top without major problems.

The Pony Track is quite busy and well marked, but it is not as easy as it seems. We must be well prepared physically and wear good shoes. In Scotland it rains a lot and there may be fog, especially at the top, so the rock is slippery and visibility can be low.

It is very important to check the time, but not the time in Fort William, but the weather will be at the peak, 1300 meters high, because it can be very different and very changeable. The route takes about 3-4 hours to the top , depending on the level of skill and experience of the hiker.

The view from above is wonderful. The views of Glen Nevis and lakes around Fort William are impressive, usually as most of the Scottish landscape. To climb to the top, the vegetation disappears and becomes a rocky and inhospitable landscape. At the summit there is an old observatory that serves as a signal to know that we are at the top of the British island.

My biggest recommendation is to return by another route other than the Pony Track. To me they recommended me the North Face of Ben Nevis, and absolutely deserved it. Half of the route the Pony Track is divided into the path leading to the top and the path down to Fort William in the north side, so it is very easy to locate so back on the other side of the mountain.

You may also like to read another article on xWorld: Nine historical places in Europe which are already World Heritage

This route is a little more difficult and less crowded. That is why the locals love. In winter it is very common to climb the north face from there, which is steeper than the west side. In any case, I do not panic because what the Scots call “steep” is very little compared to the other mountains, younger and therefore less eroded.

For experts it is highly recommended up or down along the ridge CMD, which runs along the ridge of Ben Nevis for its northeast face. From there you can very well see also the north face of the mountain, and those who know say that that route is the most beautiful way of looking at the Ben Nevis.

Hiking excursion to climb Ben Nevis, the highest mountain in the UK, whether made ​​by the Pony Track, or the “highway” as if done by alternative routes, worth as much travel as get the views are beautiful.

The views from the top are breathtaking, especially now with the fall colors. In addition after hiking up to par Ben Neis saying you can boast that you have been on the highest mountain in the UK.